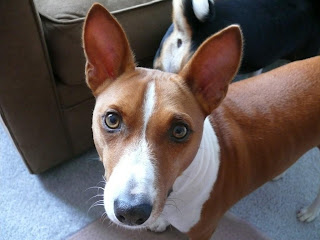 Tattoos seem to be a divisive topic in general among those love them and those who would never get one themselves. In the dog world, I have only ever met one dog with a tattoo. In the human world, I have met many people with tattoos. Some of the most interesting tattoos to me are ones commemorating beloved pets. 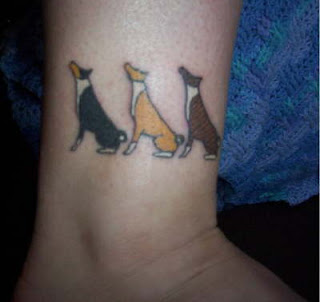 For as many animal tattoos as I've seen, I am always excited when I see one commemorating a basenji. I have no tattoos myself and have spent my life saying "there is nothing I could ever want on my body permanently." However, the more and more time I spend with my pets, the more I can see why people decide to add a little art to their skin to permanently remind them of the pets they've loved - or more importantly, who've loved them, unconditinally. I'm sure many of you have seen this video, but it definitely speaks to how important our pets are to us. . .

Now, for the dogs:

Nearly every time I meet someone new when I’m with my Kirby boy, I hear “is that a tattoo?” in an incredulous tone. The answer is of course, yes – my basenji has a tattoo. I am always tempted to say it’s a biker tattoo, or a heart with mom in it (which I’m sure is exactly what he’d get if he had any say in the matter!), or even a fun tattoo that said “I love bitches”. . .but alas, it is actually a tattoo of his AKC registration number. Kirby came to me as a nearly 6 month old pup who had just been neutered – and at the same time, while still under anesthesia, he was tattooed by the vet. 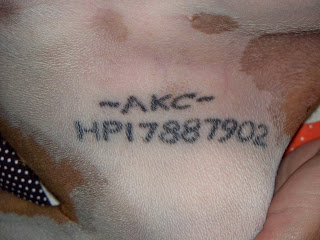 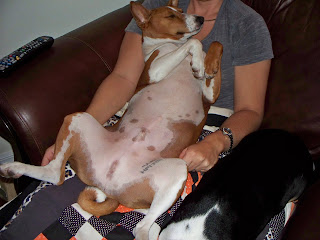 Similar to a micro chip, it’s another way to identify your animal if it were ever lost. The hope is that someone who finds the lost pet would know to look up ownership or call AKC for contact information on the dog. At the time, I had no idea that dogs were ever tattooed – and I’m not sure I would have ever thought to do it. However, I think it’s a good idea (for a dog who will be under anesthesia anyway – not as a separate event) and Kirby never seemed to notice it.

I think someday I will get a tattoo for my beloved pets – perhaps a simple pawprint or an initial with a date. Because I am a bit of a chicken when it comes to needles, I am not sure how long it will take – but if Kirby was brave enough to have one as a puppy, then I hope my adult self can endure the brief pain for a lasting memory of my “kid”
Posted by Jeanetta at 3:11 PM